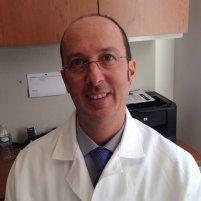 As a Board Certified Chiropractic Sports Physician, Dr. Bradley Grossman is highly skilled at diagnosing and treating many types of joint pain. The doctor uses massage therapy in addition to acupuncture to provide his patients with the highest quality of chiropractic care.

What Causes an Inflammatory Response?

An inflammatory response is a defense mechanism within the body that works to prevent further damage when an injury has occurred. When an injury first occurs, signals are sent to the brain that alerts it to possible problems. In an attempt to isolate the injury or protect it, fluids are sent to the area to create a buffer and limit movement. This also works to minimize joint pain. Much like someone running water over an open wound, the fluids act to not only stabilize the area but also flood it with enough fluid to rinse away contaminants. The massive amount of pressure caused by the fluid buildup also helps to prevent excessive internal bleeding in the area.

What are the Symptoms of Arthritis?

Arthritis is a chronic condition that affects the joints. Certain types of arthritis, like rheumatoid arthritis and gout, can be extremely debilitating. A few of the most common symptoms include intense pain in the joint, decreased range of motion, and inflammation. The longer inflammation is allowed to remain in place, the risk of scar tissue forming in the joint and permanently hindering flexibility and movement is heightened. As arthritis gradually worsens, a person's ability to move without pain is lost. Their range of motion and flexibility gradually diminish as the amount of inflammation continues to build. Exercise, chiropractic adjustments and massage therapy can be effective at reducing the long-term effects of the condition.

Chiropractic adjustments are extremely effective at helping to control joint pain and discomfort. An adjustment is used to not only realign the body but also to restore balance within the tissues. This includes the muscle tissues that support the bone and joint structure. Joint pain is often the result of an illness or injury that is accompanied by inflammation that can force the bones out of their proper position. The longer the bones remain in the incorrect position, the more the joint will hurt and the longer it will take for it to heal. A chiropractic adjustment, accompanied by massage therapy and acupuncture sessions, is the first step in the healing process

What Are Some Joint Disorders of the Spine?

The bony structures that allow your back and neck to easily move in different directions are called "facet joints." Facet joints provide about one-fifth of your lower back and neck's twisting stability. Facet joints are located in pairs at each vertebral level (except for the top vertebra) down your spinal cord.

The surfaces of facet joints are coated with slippery cartilage, allowing them to glide freely as you move. Each joint is encased in a capsule that generates lubricant for the joint while it moves.

When joints are injured in a traumatic event or degenerate over time because of the aging process or disease, a wide variety of problems and pain often result.

Facet joint syndrome develops when the cartilage in joints wears thin. Your body begins producing material (called bone spurs) to shore up the cartilage. This material can calcify, or harden, causing stiffness in the joint. In some cases, facet joint syndrome can contribute to joint inflammation, muscle spasms, and later osteoarthritis. Advanced cases of facet joint problems are sometimes referred to as degenerative spondylolisthesis, a condition in which joints slip forward.

Words from our patients